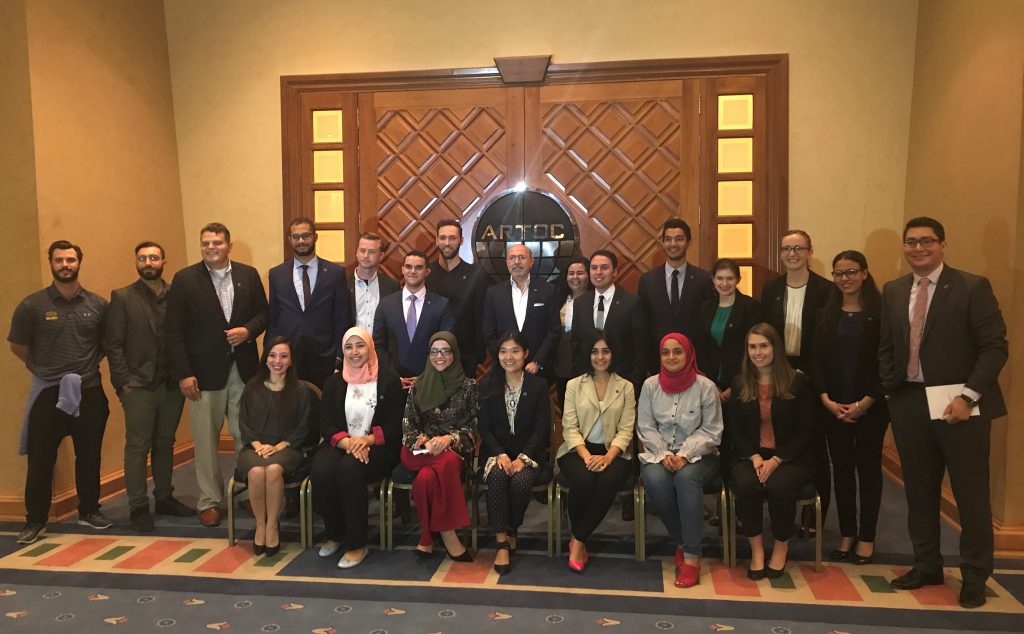 The first part of the Gabr Foundation 2017 Fellowship Program kicked off yesterday in Cairo, Egypt with an introductory session for all Fellows.

Eman Saleh, managing the Egyptian program, first gave an overview of the agenda for the eight days in Egypt, and introduced Samantha Kleinfield, who is managing the US side of the program that will take place at the end of October.

Kemp Gouldin (2015 Gabr Fellow) shared with the 2017 Fellows his action project "Because Baseball," which is a direct result of the productive and enriching Fellowship program. Kemp shared how he has come back to Egypt ten times since he finished his Fellowship to build on his unique project.

The Fellows then went to ARTOC HQ where they were treated to a panel discussion entitled Overview of the Middle East which featured as its distinguished guest speakers Dr Mohamed Kamal, Professor of Political Science at the American University in Cairo; Dr May El Batran, Member of Parliament and CEO at TMA Education; and Mr Karim Darwish, Member of Parliament and Deputy Chairman of the Foreign Relations Committee. Topics discussed ranged from business and economics, culture and technology to politics and globalism. There was a lively Q&A session where the Fellows actively participated in the discussion.

The Fellows will be in Egypt from the 22nd to the 30th of September. They will then go to the US from the 21st to the 28th of October.

Stay tuned for more updates on their East-West dialogues in Egypt this week!