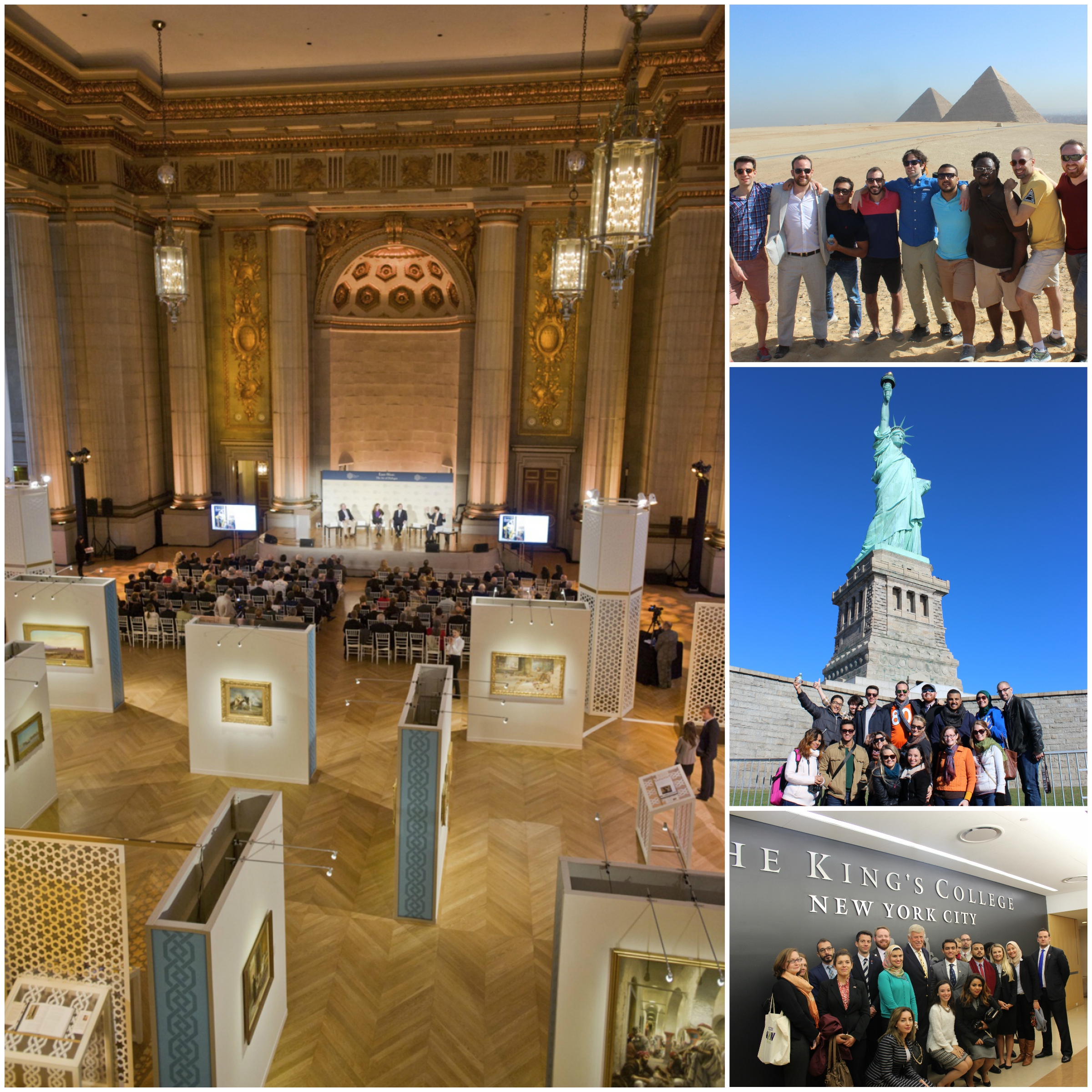 The mission of the Shafik Gabr Foundation's initiative, East-West: The Art of Dialogue is to promote greater mutual understanding by building bridges between the people of the Arab world and the West, particularly with the U.S., by instigating dialogue and the exchange of ideas between these two cultures.

Established in 2012, in response to the increasing tensions building between the East and West, the Foundation sponsors and fosters exchanges between emerging leaders from both cultures in the fields of arts, science, law, media and entrepreneurship - both business and social.

The East-West: The Art of Dialogue initiative is a dynamic exchange program designed to connect and build constructive relationships between future leaders from the Arab world and the West. Its flagship program, which has come to be known as 'The Gabr Fellowship', works towards the vital goal of building on the ties between nations through cross-cultural dialogue and the development of collaborative projects, which are the result of the combined visions of the Gabr Fellowship's participants.

Each year, the Gabr Fellowship consists of 20-24 Fellows, approximately 10 Americans and 10 Egyptians, with an equal distribution of men and women. The Gabr Fellowship featured its first participant from the UK in 2015 and will continue to expand to include additional nationalities in the future. Program participants spend two weeks in Egypt, followed by a further two weeks in the U.S., building enduring connections through hands-on activities, rigorous discussions, web-based interaction and, most importantly, their own collaborative Action Projects.

The Gabr Fellows have acquired a greater understanding of both Egypt and the United States and the challenges faced by both communities. Having served as cultural as well as linguistic ambassadors to one another, they then return home to play the role of diplomat, introducing Egyptians and Americans to a people, a culture and a future never before explored in this way.

Together, they are creating the legacy of 'The Gabr Fellowship': an international cohort dedicated to pursuing cooperative, collective solutions to their regions' most pressing issues.