The Art of Dialogue from the View of a Congressional Staffer 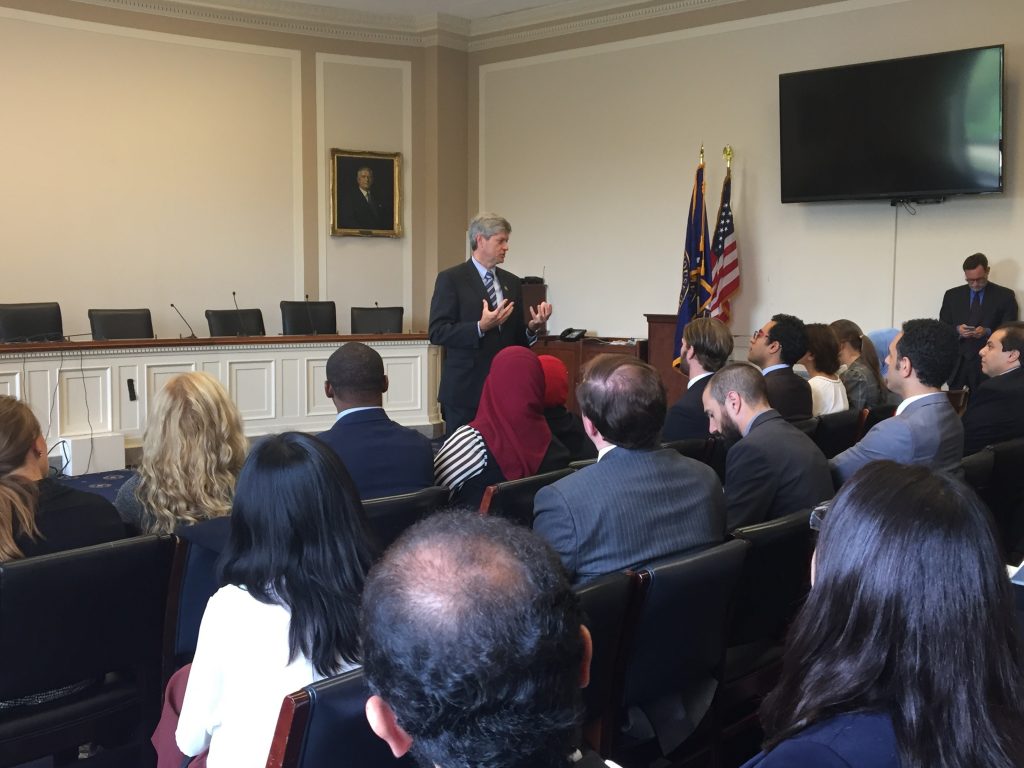 The Art of Dialogue from the View of a Congressional Staffer

As a congressional staffer who has watched and taken part in hundreds of meetings, hearings or speeches, I am used to the existence of a certain amount of distance or reserve between prominent persons and their audience. That is not to say that such events entirely lack candor, but most people use those occasions to convey both their knowledge and a predetermined message to the audience that is steeped in their own world view. While the Fellows had some time in both Egypt and the United States to view important sights, memorials and landmarks, including the awe-inspiring Great Pyramids, the last wonders of the ancient world, the primary focus of the East-West: Art of Dialogue initiative was the array of extremely impressive speakers assembled to give us their unique perspectives on politics, business, defense, art, culture, and relations between Egypt and the United States.

A few speakers, of course, may have been constrained by the demands and rigors of their public office, and were only able to provide the Fellows with the standard talking points and deflections. The vast majority of the speakers, however, had a great deal of wisdom to impart to the fellows, even when I personally disagreed with their conclusions.

Speakers like Ahmed Abul Ella, an expert on Egyptology, and Diana Patch, a Curator at the Metropolitan Museum, were a fount of knowledge about the history of ancient Egypt. The artist Farid Fadel and renowned actor Hussein Fahmy spoke with authority about the state of arts and culture in Egypt. Hisham El Khazindar of Al Qalaa Holdings, Scott Carpenter of Google Jigsaw and Steve Forbes of the eponymous Forbes Media all had insightful presentations on aspects of business and economics that had hitherto been unfamiliar to some Fellows, including myself.

And one of the highlights of the entire Fellowship, and a personal honor for me, was the chance to meet with General David Petraeus and hear from him about the strategic landscape of the modern Middle East, and what America should be learning from the counterinsurgency campaign against the so-called Islamic State.

Apart from General Petraeus, I found that the very best speakers were those who had lived history, and were comfortable sharing those insights with an honesty and candor that impressed me. Dr. Hossam Badrawi’s lecture, and his discussion of his role in the last days of the Mubarak government was an unexpected highlight, as was Dr. Rania Elwani’s talk about her remarkable life.

I was very pleased when Senator Markey, a member I had admired from the time I was a young boy, solicited the advice of the Fellows on a pending vote in Congress, and in the process gave an innovative talk that educated us Fellows on how policy matters are decided in Washington DC’s halls of power. His talk, along with the ones given by Rep. Fortenberry and former Rep. Rahall, made me proud to be able to say that I work in Congress with such decent, intelligent and dedicated exemplars of American values.

Towards the end of the Egypt leg of the Fellowship, I was highly impressed with the lecture given by Adel Edawy, one of our youngest speakers, but also one of the most honest, knowledgeable and insightful. His talk, and my interactions with the fantastic Egyptian Fellows, gave me hope that the future relationship between the United States and Egypt can be one of honesty, understanding, and good feeling that honors the best virtues of our two countries.

Photos taken by John Ryan during the fellowship: 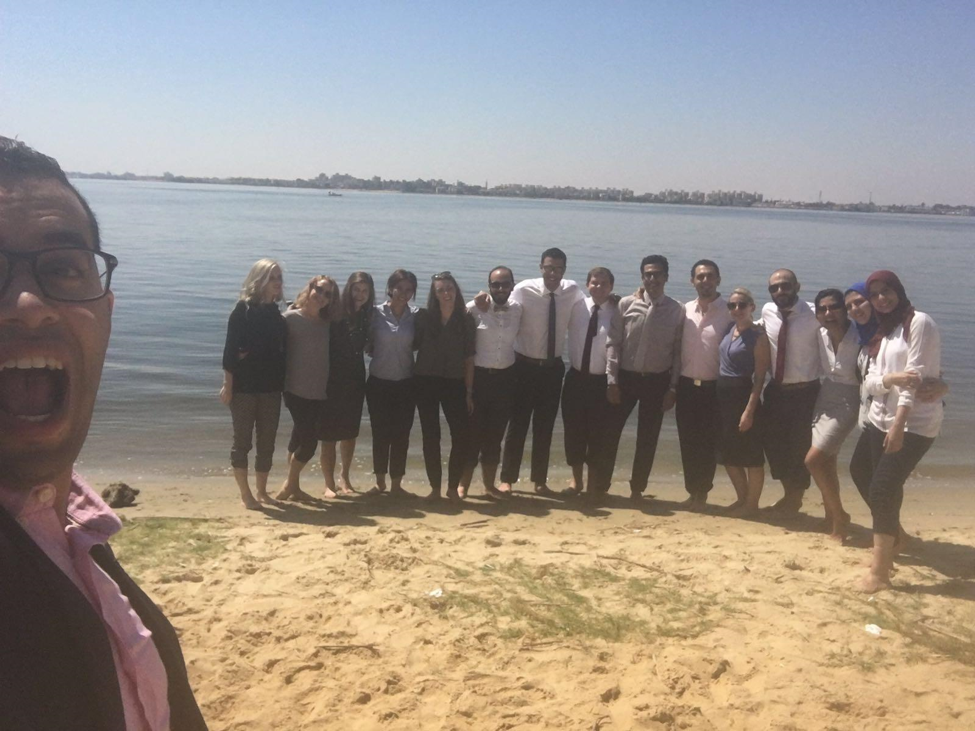 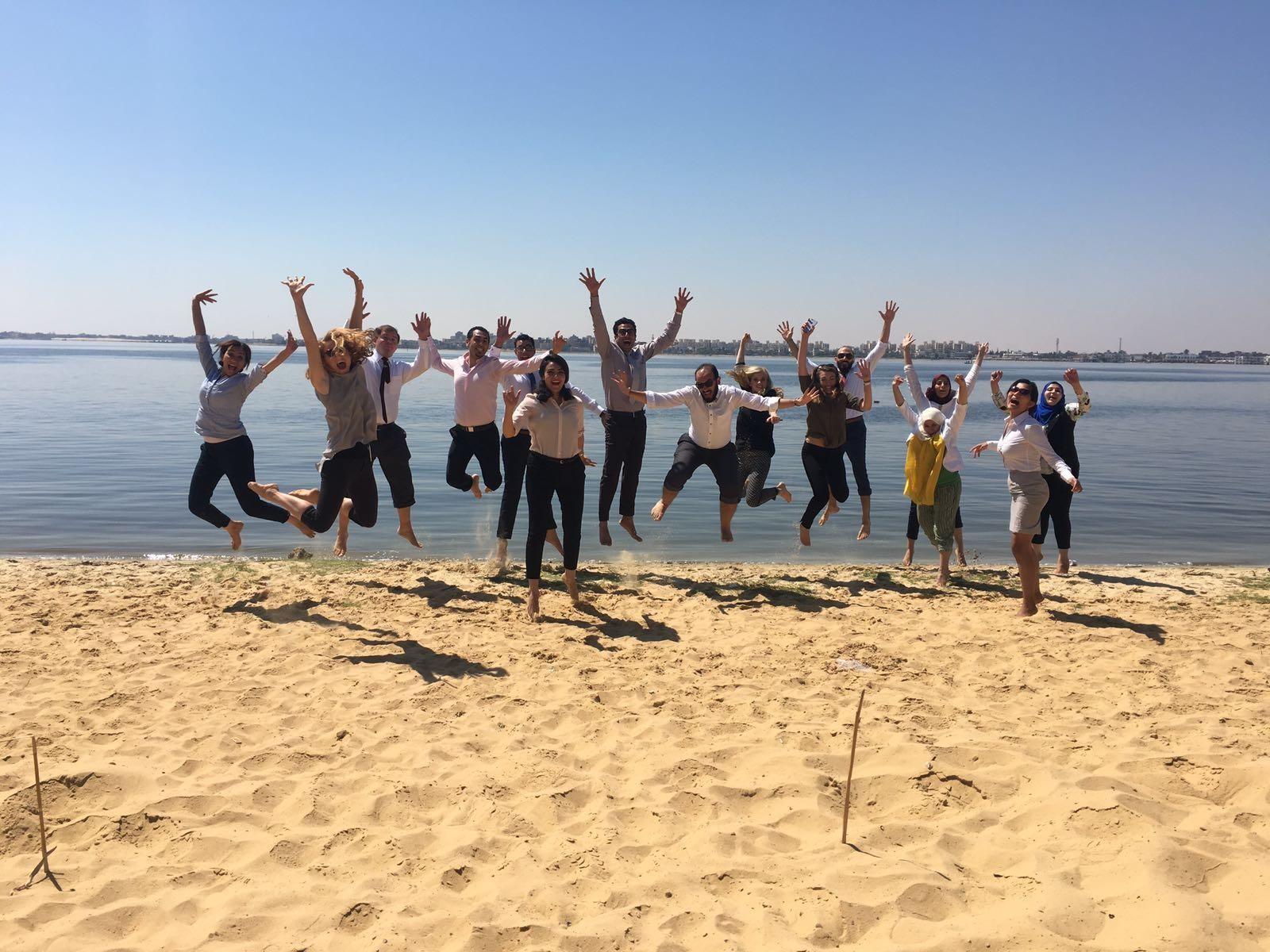