Bridges are neither easily constructed nor do they quickly erode, Kevin DeWar reflects 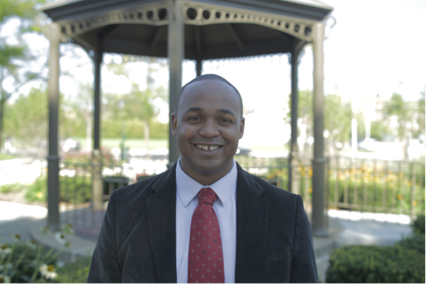 The Mission of the Shafik Gabr Foundation’s initiative, The Gabr Fellowship, “is to promote greater mutual understanding by building bridges between the people of the Arab world and the West.” Engineers build various kinds of bridges, from suspension bridges like the Golden Gate to arch bridges like the Qasr el-Nil, to help travelers navigate difficult terrains and obstacles. The Gabr Fellowship similarly builds various kinds of metaphorical bridges through politics, culture, entrepreneurship and the arts to help its Fellows traverse the sea of ignorance and lack of understanding between the Arab world and the West.

By allowing me to traverse their bridges, the Gabr Foundation gave me a fascinating opportunity to live like the explorers of old. In antiquity, societies didn’t have the benefit of the camera phones and the internet to learn about distant cultures—they relied on explorers who wrote about their experiences and shared them with the world. These explorers were the original bridge builders between cultures. Prior to the Gabr Fellowship, I had no idea Egypt was such an important strategic partner to the US, nor was I familiar with its recent history. In a lot of ways, I was an “average” American as far as my knowledge of Egypt was concerned. I was stuck on my side of the “bridge.” It was only after I began to cross the bridges provided by the Gabr Foundation, engage my peers in the fellowship and the learn from the illustrious speakers in the program that I began to attain a more intimate understanding of Egypt. The journey was demanding and the intellectual terrain I had to navigate was ever-changing. However, in the end I emerged a more informed global citizen able to connect foreign cultures like the explorers of old.

To say that I learned more about Egypt’s culture and people would be an epic understatement. To say that I appreciate the opportunity Shafik Gabr afforded me would neither do him, nor the opportunity justice. Shafik Gabr, Sarah Elzeini and the rest of the Foundation have shown themselves to be quite adept at engineering a more civil and connected society. The only way I could possibly begin to honor their tremendous feat of social engineering is to make the most of it, and help others cross the bridges I engineer in the future as a result. Bridges like those are neither easily constructed nor do they quickly erode — they take courage to cross, effort to traverse and have the potential to impact generations on both sides once navigated.