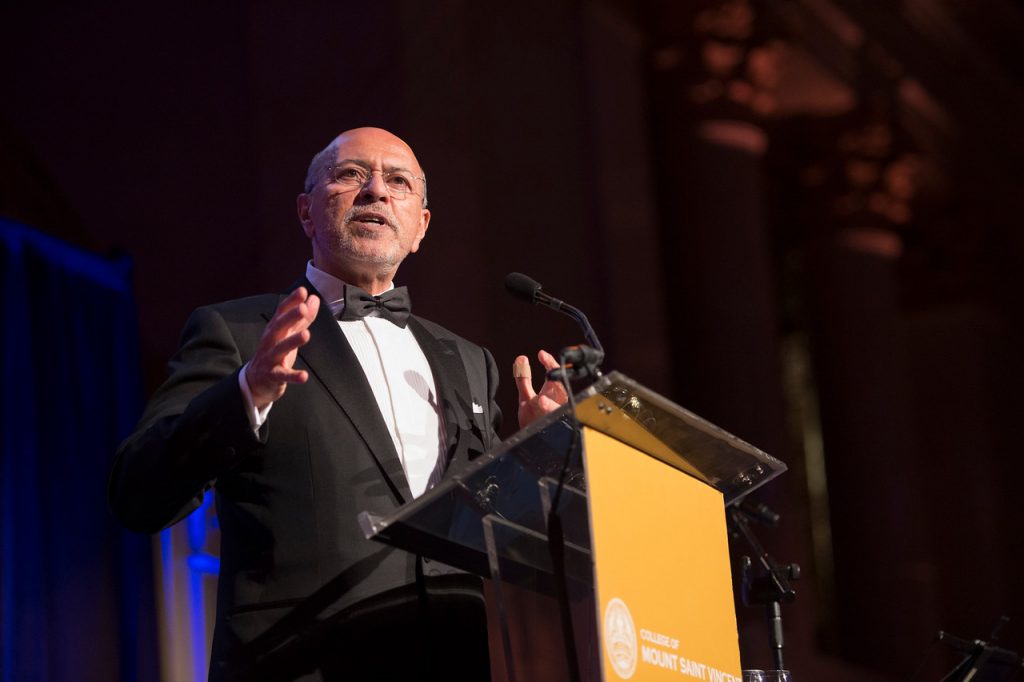 Mount Saint Vincent continually recognizes individuals at the Annual Scholarship Tribute Dinner who boast lives of achievement with dedication to their principles.

The De Paul Award is the most prestigious at Saint Vincent, which was awarded
to the Chairman for his work and efforts in seeking a better understanding between the East and West. For this reason Dr. Flynn has recognized him as an individual, "whose life and work express the respect and hope that is the light of the world.”