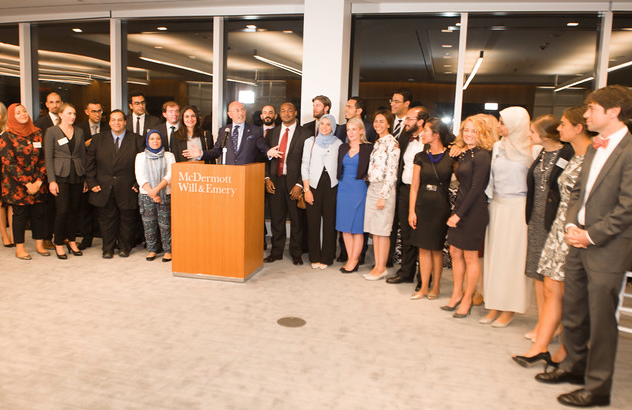 The Shafik Gabr Foundation concluded the 2016 Gabr Fellowship on September 10th with a talented and promising group of 22 emerging leaders from the East and West.

Ten fellows from the United States, eleven from Egypt, and our first from Lebanon all journeyed together through the depths of Egypt tracing the footsteps of the Ancient Egyptians, engaging in roundtable discussions with Egyptian scholars of various outlooks, meeting with military officials and soldiers, engaging closely with ministers and parliamentarians who represent the optimism and strength of the Egyptian nation. Some speakers, among many distinguished others included: Foreign Minister Sameh Shoukry, H.E. Moushira Khattab, and Hussein Fahmy.

When the fellows were not engaged in high-level meetings they were safely escorted through Old Cairo and traditional bazaars to get a better feel of the culture and history that encompasses Egypt and the Greater Middle East today.

In a time where we far too often echo convenient and often reductionist views of the Middle East or the United States in our respected nations, these fellows had a very rare opportune experience in which they engaged with all tiers of foreign society and revised their understandings and broadened their horizons of “the other.”

On September 17th all of the fellows from around the Unites States and Middle East reconnected for the United States Program which took place in New York, New Jersey, and Washington, DC.  The fellows immediately the morning after their arrival launched into another intensive high-level meeting program.

Some speakers, among many distinguished others included: Brian Sullivan, co-host at CNBC, General David Petraeus, and Steve Forbes, presidential advisors, a number of congressmen, and several senators.

The Fellows completed the 2016 Fellowship on September 24th and throughout the next year will work on designing and executing their group action projects; where they cobble programs, businesses, and initiatives that create a direct and sustained impact between communities in the United States and Egypt, and the Western World and Greater Middle East.

With 22 Fellows selected for their talent, ambition, and character, we have no doubt that they are on the trajectory to success.

On that note, it is practice of the Shafik Gabr Foundation (US) to support and empower these worldly and emerging leaders who are now better informed on a global view that is so necessary, vital, and critical for 21st century challenges. These 22 cross-culturally equipped fellows are the future of this land we all inhabit, a land shared and increasingly interconnected, where they will be the ones who will work unified together to solve the trivial questions that remain still unanswered today.