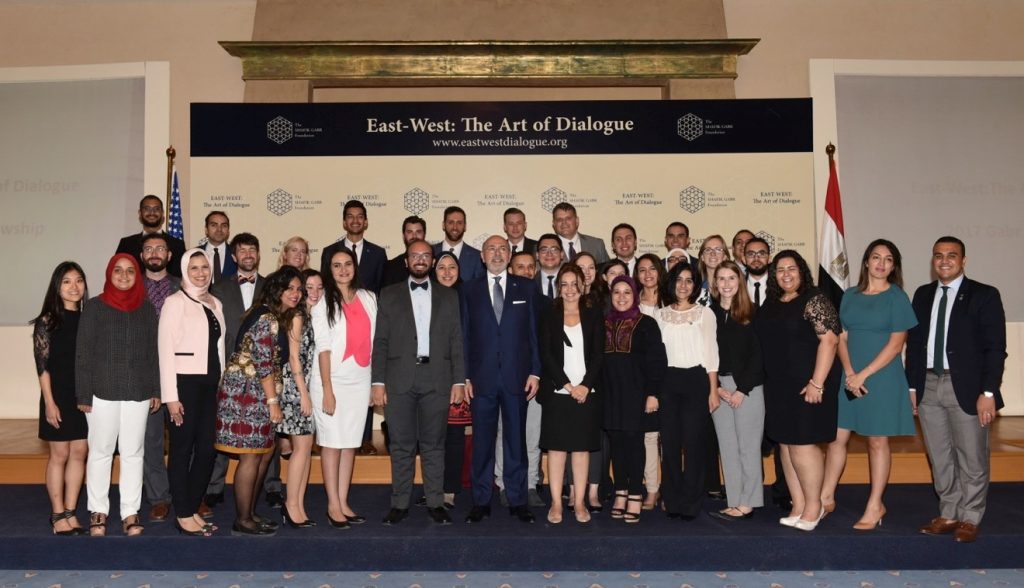 The Gabr Fellows continue their Egyptian journey. On Saturday, September 23 they began their day at the Egyptian Ministry of Defense, where Major General Mohamed El Kishky, Deputy Minister of Defense for Foreign Affairs, spoke about the Egyptian defense policy, the role of Egyptian armed forces in the Middle East, and US-Egypt military cooperation.

After that, the Fellows moved to ARTOC HQ where they had a session with Dr Mona Makram Ebeid, 2013 Senator and Distinguished Lecturer of Political Science at the AUC, on the Palestinian occupation in the Middle East quagmire, and what role Egypt and the US can play. Dr Ebeid’s session was followed by a discussion with Ambassador Karim Haggag, Former Minister Plenipotentiary and Deputy Director of the Egyptian Institute of Diplomatic Studies, on the role of Egypt in Middle East security. There was a robust debate on what the bottom-up and top-down drivers and trends are of regional insecurity in the Middle East.

Ambassador Mohamed El Orabi, Member of Parliament of Egypt and Former Minister of Foreign Affairs, spoke with the Fellows on intercultural diplomacy and his experience as Foreign Minister and particularly his travels to the US and Germany. Last but not least, Mr Hussein Fahmy, renowned Egyptian actor and first Special Olympics Ambassador for the Middle East and North Africa region, held a session on how to tell a great story and bridge gaps between cultures and stir dialogue between the East and the West, including how to continue the experience and knowledge gained from the Fellowship after the exchange is finished.

After a productive day of informative and engaging sessions and talks, the Fellows attended the Fifth Annual East-West: the Art of Dialogue dinner reception hosted by Mr M. Shafik Gabr. Mr Gabr introduced the Fellows to a number of distinguished guests, ranging from politicians and Members of Parliament, to businesspeople, economists, and leading figures in culture, media and technology.