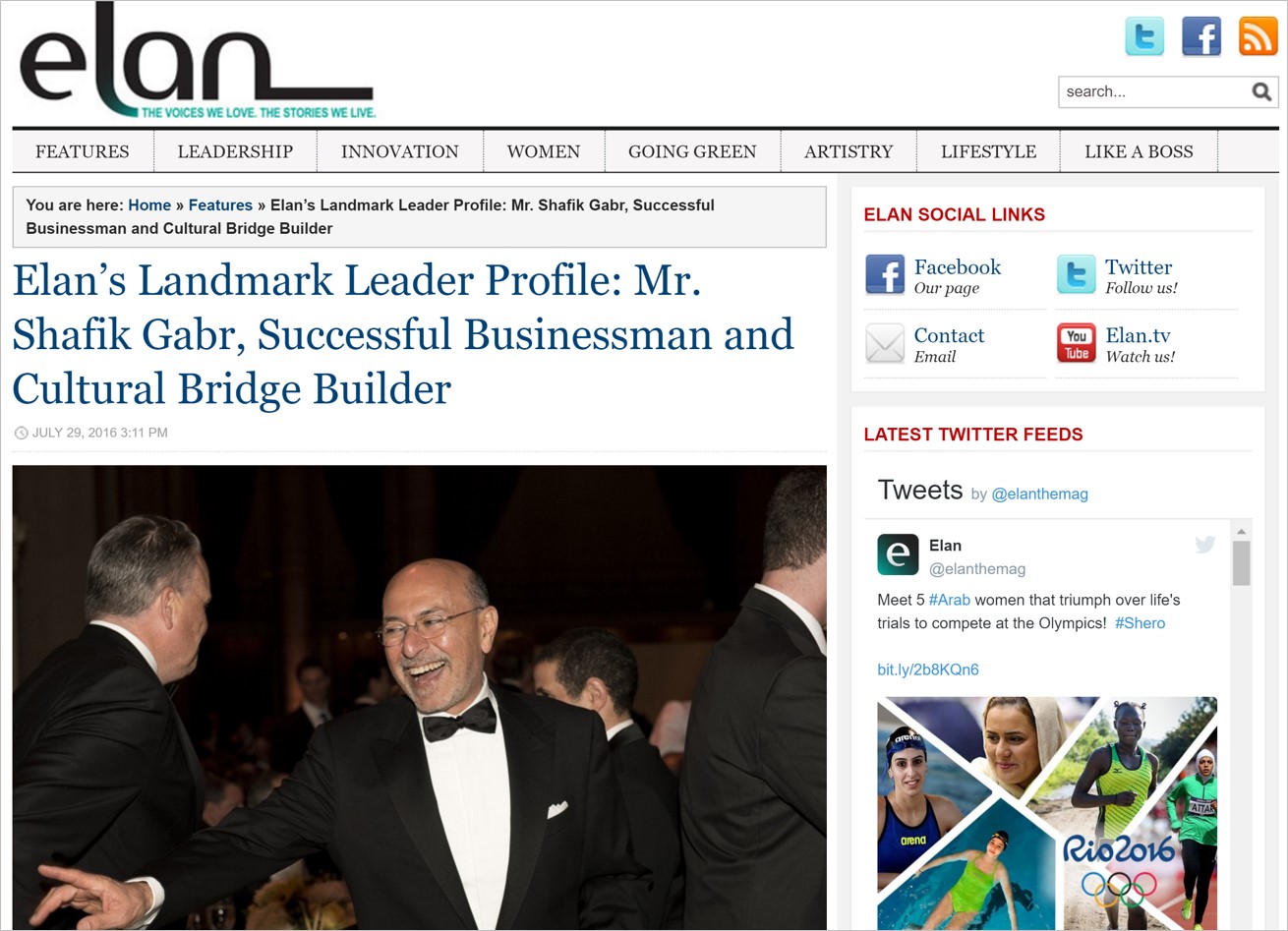 Under the heading “Successful Businessman and Cultural Bridge Builder”, Elan have published a webisode about Mr Shafik Gabr.

The introduction to the webisode says:

“ARTOC chairman Shafik Gabr is not satisfied with simply being an accomplished businessman, having found success with ARTOC Petroleum and Real Estate, but he also prides himself on being the philanthropist behind The East-West: The Art of Dialogue initiative. This novel East-West initiative brings together a group of young leaders from the Middle East, Europe, and the U.S in order to “break down stereotypes and prejudices” and restore “respect towards each other’s cultures.” Gabr’s ultimate goal is to improve the relationship between the Middle East and Western countries through peaceful negotiation and understanding.  Learn more about Elan’s Landmark Leader in our latest webisode.”