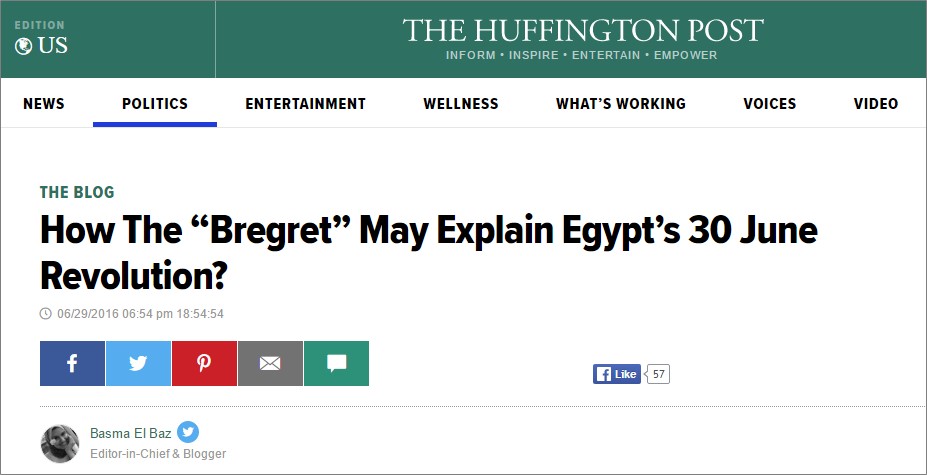 Basma El Baz, writes about "Bregret" in the UK, saying, "People made a choice but then they wanted to change it after they saw the repercussions of their choice", and compares it to what Egyptians experienced after voting for Mohamed Morsy, member of the Muslim Brotherhood, during the 2012 Egyptian Presidential Elections.