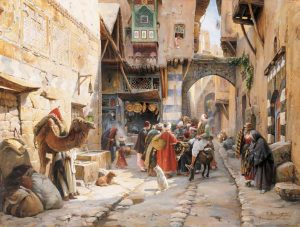 Alumni in attendance were from the fields of counter-terrorism and state department, interfaith, foreign aid agencies, and the Senate.

The topics discussed were career news, recent developments on the Qatar Crisis which has gained great attention both at home in the United States and overseas, counterterrorism and countering extremist ideologies, and the role social media and technology plays in American and global politics.

The meeting closed with a discussion on the prospective Fellows Retreat which will require the involvement and input of all Gabr Fellows. The retreat will occur in 2018 and include Fellowship classes 2013 to the incoming 2017 class.