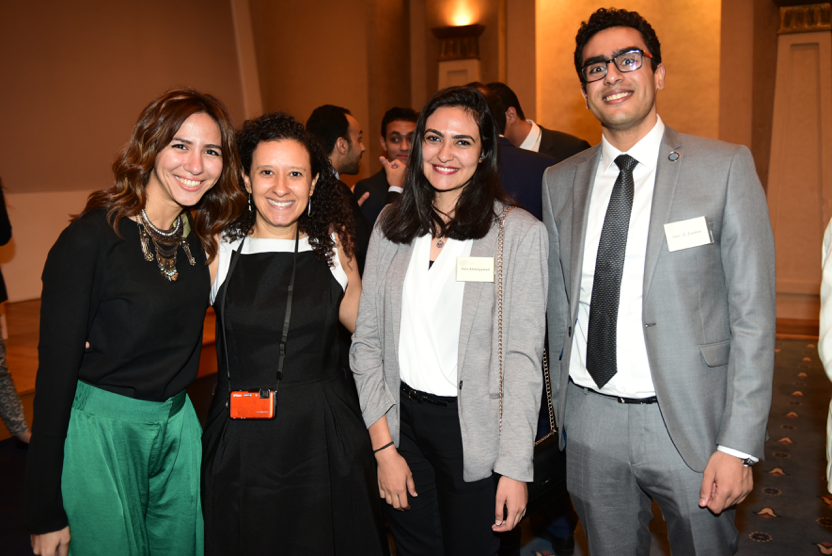 The Gabr Fellowship means to me many things. When I first checked the website of the fellowship, I found that the alumni were talking about the fellowship as an eye-opening and a lifetime experience. I have to admit that I thought that they were exaggerating and it would be as any kind of culture exchange program that I was previously engaged in. However, with the launching of the program and the first day of sessions, my idea started to change gradually. I told myself that something is different in this program.

What is different about this fellowship is that it is more like a school. It teaches you how to adapt to different situations, to work under pressure, and to interact with who is different from you. Another great thing about the fellowship, which not necessarily exists in other cultural programs, is that each Egyptian fellow should have an American roommate. This takes the cultural exchange to a new level; the level of constituting human bonds. In this regard, I felt that we (as Egyptians) and they (as Americans) have much more common spaces regardless of the different language, the different culture, and the different views of the world.  First and foremost, we are humans and then the external layers of color, language and culture come second. However, such layers cannot hinder a sincere interaction between people if they really want to cooperate. The personal and social interactions among the fellows were great. I am not exaggerating if I say that WE have become one family.

On another level, the fellowship has benefited me academically. As being a junior political scientist, the fellowship has opened me a window to the world of real politics. Previously, I knew politics through books and academic articles, but the fellowship put me in a direct contact with the elites of different fields: politics, economics, business and culture, both in Egypt and the States.  I have been to places that I have never had an access before, I have learned many things about the Egyptian-American relations that many people do not know, even some specialists as I guess. My perceptions towards specific ideas have been modified. Through the very intense and important sessions that we had, I have reached a conclusion that the open dialogue is the only way for a sustainable cooperation among countries. Many aspects of misunderstandings among countries could be avoided if the politicians listen and understand the stand of each other. In other words, the world will become a better place if the politicians realize that we are humans first as we (the fellows) have realized.

Finally, I am grateful for having this very rich experience and I am quite sure that the bridges that have been built among the fellows are going to be sustainable channels for the future.