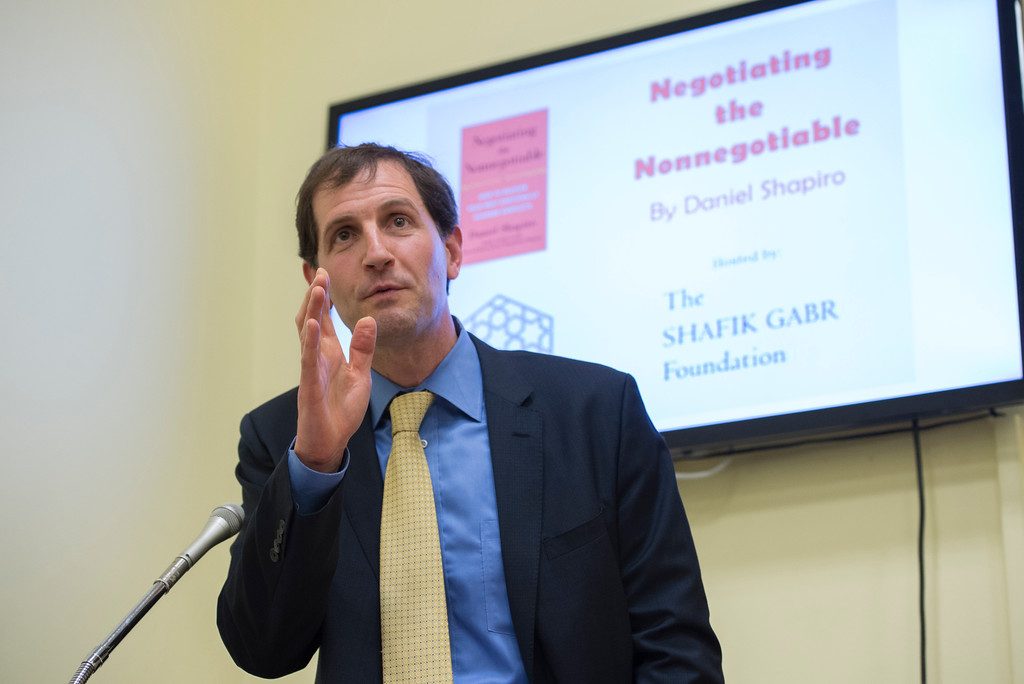 In keeping with the Shafik Gabr Foundation’s East-West: the Art of Dialogue initiative’s tradition of building bridges across cultures and sectors of society, the board of the Foundation was pleased to host the launch of Dr. Daniel Shapiro’s new book, Negotiating the Nonnegotiable, which has stimulated robust conversation.

Dr Shapiro is world-renowned for his work in the field of negotiation and conflict resolution. He is founder and director of the Harvard International Negotiation Program, which pioneers innovative strategies and teaching methodologies to address the human dimensions of conflict resolution.

The launch of his Negotiating the Nonnegotiable took place on May 16 on Capitol Hill. Present were guests of the Foundation, including a number of members of Congress, state officials, doctors, attorneys, CEOs, and friends of the Foundation.

Dr Shapiro addressed the guests explaining that conflicts appear nonnegotiable because of the perceived threats to individual identities and because they trigger what he described as the “Tribes Effect,” a divisive mind-set that puts one side against another. Once one falls victim to this mind-set, often a simple disgruntle will carry out into an ongoing argument. In an engaging presentation, Dr Shapiro offered the audience a powerful way out, drawing on his pioneering research of over 20 years and global fieldwork in consulting with everyone from business leaders to heads of state. The Capitol Hill book launch was timely and relevant, and provided important insight, particularly into the ever-important field of international relationships in the nation’s capital and globally.